In 2019 the Event Horizon Telescope (EHT) Collaboration produced the first image of a black hole. This talk details how Julia has been an essential tool for EHT black hole imaging and the advancement of black hole science. I will demonstrate how Julia’s features such as multiple dispatch, differentiable programming, and composability have enabled orders of magnitude performance improvement, moving black hole imaging from clusters to a single laptop.

In 2019 the global Event Horizon Telescope (EHT) made history by producing the first-ever image of a black hole on horizon scales. However, imaging a black hole is a complicated task. The EHT is a radio interferometer and does not directly produce the on-sky image. Instead, it measures the Fourier transform of the image. Furthermore, the telescope only samples the image at a handful of points in the Fourier domain. As a result of the incomplete Fourier sampling, infinitely many images are consistent with the EHT observations. Quantifying this uncertainty is imperative for any EHT analyses and black hole science as a whole.

Bayesian inference provides a natural avenue to quantify image uncertainty. However, this approach is computationally demanding. Due to computational complexity, low-level languages (e.g., C++) are required to make the calculation feasible. On the other hand, interactivity is critical when modeling, as the usual workflow involves choosing an image structure, applying it to the data, and graphically assessing the results. Incorporating interactivity into the modeling pipeline requires a second package written in Python. Historically, this separation has increased the learning curve and limited the adoption of Bayesian methods.

In the first part of the talk, I will introduce Comrade. Comrade is a Julia Bayesian black hole imaging package geared towards EHT and next-generation EHT (ngEHT) analyses. This package aims to be highly flexible, including many image models such as geometric, imaging, and physical accretion models. Additionally, Comrade is fast. In fact, it is over 100x faster than other EHT modeling packages while using far fewer resources. This drastic speed increase was due to Julia’s excellent introspection, package management, and auto differentiation libraries.

In the second part of my talk, I will detail how this performance increase has enabled novel black hole research and will be vital for future black hole science. Within the next decade, the ngEHT will increase its number of observations and its data volume per observation by an order of magnitude to produce higher-quality images. As a result of this significant increase in data, the ngEHT will require new tools. I will explain how Julia can play a vital role in next-generation black hole science and what additional language features are needed. 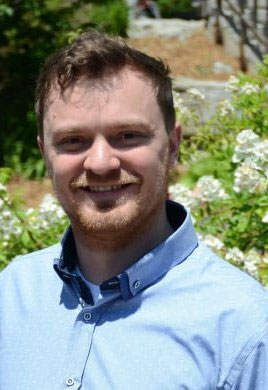 Paul Tiede obtained his Ph.D. degree at the University of Waterloo and Perimeter Institute in 2021. Afterward, he joined the Harvard & Smithsonian | Center for Astrophysics and the Black Hole Initiative. He is interested in the intersection of accretion modeling and statistical modeling. As a member of the Event Horizon Telescope, he has developed modeling and simulation techniques for analyzing time-variable emission or "flares" that could enable high-precision measurements of gravity. Additionally, he is a core developer of numerous software packages for the EHT written in Julia, C++, and Python.