David Anthoff is an environmental economist who studies climate change and environmental policy. He co-develops the integrated assessment model FUND that is used widely in academic research and in policy analysis. His research has appeared in Nature, Science, the American Economic Review and other academic journals. He contributed a background research paper to the Stern Review and has advised numerous organizations (including US EPA and the Canadian National Round Table on the Environment and the Economy) on the economics of climate change.

He holds a PhD (Dr. rer. pol.) in economics from the University of Hamburg (Germany) and the International Max Planck Research School on Earth System Modelling, a MSc in Environmental Change and Management from the University of Oxford (UK) and a M.Phil. in philosophy, logic and philosophy of science from Ludwig-Maximilians-Universität München (Munich, Germany). 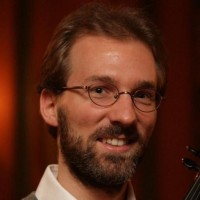 The Julia extension for VSCode provides a multitude of tools and commands to make package development and interactive coding easy. We'll provide an overview on how to develop a Julia package from scratch and show how to use the debugger and profiler efficiently to find and fix faulty logic or performance issues.

We will highlight new features in the Julia VS Code extension that shipped in the last year and give a preview of some new work. The new features from last year that we will highlight are: 1) progress UI, 2) documentation browser, 3) package tagging functionality, 4) Jupyter notebook support, and 5) a new cloud hosted symbol indexing architecture.

I will describe an effort to distribute Julia via the Windows Store. This effort includes a full Julia version manager that provides the ability to install multiple Julia versions at the same time, switch between them etc. The talk showcases an experimental working version of the installer from a user perspective, and also gives a brief deep dive around the technologies used.