Since April 2020 I am full professor for Algorithmic Algebra and Geometry at TU Kaiserslautern, Germany. My research focuses on computer algebra, group theory and algebraic Lie theory.

Besides being one of the principal investigators on the grant behind OSCAR, and one of its developers, I am also core developer of the GAP computer algebra system for computational group theory.

Outside of mathematics, I've been involved in many open source projects over the past decades; e.g. in the distant past, I served as project leader for ScummVM as well as the Fink project, and contributed to TeXShop. 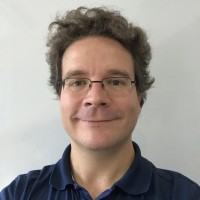 We give an overview of existing and planned capabilities. We also discuss what sets us apart from Symbolics.jl.