Chris Rackauckas is an Applied Mathematics Instructor at MIT and the Director of Scientific Research at Pumas-AI. He is the lead developer of the SciML open source scientific machine learning organization which develops widely used software for scientific modeling and inference. One such software is DifferentialEquations.jl for which its innovative solvers won an IEEE Outstanding Paper Award and the inaugural Julia Community Prize. Chris' work on high performance differential equation solving is seen in many applications from the MIT-CalTech CLiMA climate modeling initiative to the SIAM DSWeb award winning DynamicalSystems.jl toolbox. Chris is also the creator of Pumas, the foundational software of Pumas-AI for nonlinear mixed effects modeling in clinical pharmacology. These efforts on Pumas led to the International Society of Pharmacology's (ISoP) Mathematical and Computational Special Interest Group Award at the American Conference of Pharmacology (ACoP) 2019 for his work on improved clinical dosing via Koopman Expectations, along with the ACoP 2020 Quality Award for his work on GPU-accelerated nonlinear mixed effects modeling via generation of SPMD programs. For this work in pharmacology, Chris received the Emerging Scientist award from ISoP in 2020, the highest early career award in pharmacometrics. 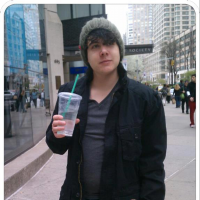 It can be hard to build and solve million equation models. Making them high performance, stable, and parallel? Introducing ModelingToolkit.jl! The modeling auto-optimizer for all of your performance needs! We will show many use cases on differential equations and beyond (optimization, nonlinear solving, etc.).

Julia is known for its speed, but how can you keep making things faster after all of the standard code optimization tricks run out? The answer is machine learning reduced or approximate models. JuliaSim is an extension to the Julia SciML ecosystem for automatically generating machine learning surrogates which accurately reproduce model behavior.