Atmospheric dispersion models will be coupled with event-based response models to assess the impact of CBRN (Chemical, Biological, Radiological and Nuclear) releases. A user-friendly web-based tool is being developed using Genie.jl and will run on the cloud infrastructure of ECMWF. The event-based model will be implemented using the SimJulia.jl framework. Ensemble weather forecasts will then be used to give probabilistic quantification of the impacted area and of the appropriate response plan.

For both military and civilian purposes, the assessment of the impact of a CBRN agent release is crucial. To assess the area of contamination of an agent, atmospheric dispersion models can be used. The accuracy of such models particularly depends on high quality weather data. A joint project of Royal Military Academy of Belgium, ECMWF and Royal Meteorological Institute of Belgium aims to develop a web application that implements simple dispersion models with real-time weather forecast data from ECMWF. The idea is to provide quick assessments of the impact area of a CRBN release as well as response models to plan appropriate actions. The application will run on the ECMWF Weather Cloud so the input weather data for the models can be accessed quickly.
A prototype of the application has already been developed. For the time being, it implements the very simple ATP-45 dispersion model from NATO, which basically draws various hazard area shapes on the map according to the wind speed at the release location. Some screenshots of the app are provided in attachment.
The more complex FLEXPART atmospheric model is currently being added to the application and other state-of-the-art models are foreseen to be implemented as well. The response model will also be added using event driven simulation to account for other external data (population density, topography etc.). Ultimately, it will be possible to use ensemble forecast data to produce ensemble dispersion modelling and introduce probabilistic quantification in the response model.
The choice of Julia for the implementation has been made because we want to use the SimJulia.jl package, maintained by Ben Lauwens and who is one of the supervisors of the project. We are currently using the Genie.jl web framework as backend for web development (Angular is used as frontend) and some other packages for the handling of meteorological data (GRIB.jl, packages from JuliaGeo...).
The presentation will cover:
- A general description of the project
- A live demo of the application
- An Explanation about the role of Julia in the application
- The future of the project 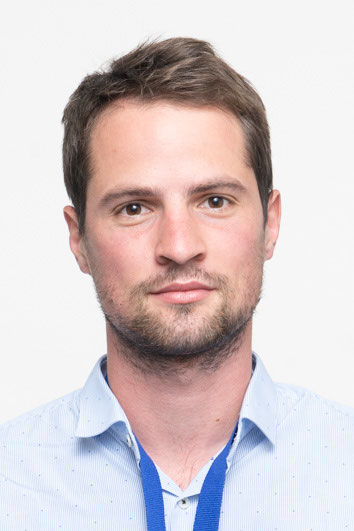 Tristan Carion is a mechanical engineer from UCL (Université Catholique de Louvain-la-Neuve) in Belgium. After graduating in 2016, he spent a few years working for the industry. He also spent some time traveling the world. He went back to the academic world in 2020 where he joined the Royal Military Academy of Belgium (RMA) as a researcher. He is working for a joint project of RMA, ECMWF and RMI (Royal Meteorological Institute of Belgium), which consists of implementing atmospheric dispersion models and response models on the ECMWF Weather Cloud and use the ensemble forecasts from ECMWF to produce ensemble dispersion modeling.