In this talk we show how Julia can be used to develop tomographic image reconstruction algorithms. These involve the solution of large scale ill-posed inverse problems where usually the imaging operator does not fit into the main memory and in-turn matrix-free methods need to be applied. The talk captures how Julia has been used to form a package ecosystem for two different tomographic imaging methods and outlines the advantageous compared to mature C/C++ libraries in the field.

Tomographic imaging plays a major role in clinical routine and has revolutionized the diagnosis and treatment of serious diseases such as stroke, heart attack and cancer. Tomographic techniques such as magnetic resonance imaging (MRI), computed tomography or the new imaging modality magnetic particle imaging (MPI) make it possible to look inside the human body without surgical intervention, simply by measuring indirect signals which allow reconstruction of an image of the inside of the body. Medical imaging is an interdisciplinary field involving physicians, physicists, engineers, mathematicians and computer scientists to develop a tomographic imaging system. While the technical development of modalities such as MRI are approaching limits with respect to the optimization of signal quality, the potential on the side of image reconstruction algorithms has not yet been fully exploited. As a consequence, numerous innovations from the fields of mathematics, signal processing and computer science have found their way into tomography research within the last decade.

Traditionally, algorithm development within the imaging community has been divided into two parts. Researchers who primarily work on mathematical methods often implement these using a high-level language such as Matlab and occasionally Python. As a result, the application of these algorithms is often limited to selected datasets, which validate the feasibility and the accuracy of the method. On the other hand, application-oriented researchers often use highly optimized program libraries, implemented in a low-level language such as C/C++, to apply algorithmic innovations to larger datasets that are acquired in clinical trials. Some of the larger C/C++ software packages such as the MRI reconstruction framework BART and Gadgetron use such a low-level approach and additionally provide Python bindings to make the framework accessible also to researchers who prefer using a high-level programming language. In practice, this hybrid approach, where low-level and high-level code is mixed leads to the well-known two-language problem since the presence of bindings still does not allow for an easy transition of new algorithmic ideas into the core of these packages.

This presentation of the current state of software tools in the imaging community shows that there is great potential for a modern programming language like Julia to close the gap between theoretically orientated and applied researchers. The speaker of this talk will outline the Julia package infrastructure for two different imaging modalities that have been devel-oped since 2015. The packages cover a wide range of functionality, namely:

Instead of putting all of this functionality into a single software package, the opposite approach is taken with the philosophy of reusing as much functionality from existing Julia packages as possible (see attached figure). This has the advantage of keeping imaging-specific functionality small and allows to share common methods across different imaging modalities. Julia's powerful package manager allows for small packages, making this form of fine-granular modularization feasible. An interesting opportunity that arises by solving the two-language problem is that the software becomes much more accessible since a user can not only use the provided interface but also access internals easily. In the imaging packages MRIReco.jl and MPIReco.jl we have exploited this advantage by providing the user direct access to different abstraction layers of the reconstruction pipeline. In this way a user can either perform standard reconstruction using ready-to-use high-level building blocks or the user can develop a custom reconstruction pipeline based on the available building blocks. While this flexibility can also be achieved in two-language solutions, it arises very naturally in Julia, without much additional effort on the developer side.

Since tomographic image reconstruction is a computationally intensive task one needs efficient algorithms to determine the image in short enough time. The talk outlines how the package MRIReco.jl has been designed to match the efficiency of a highly tuned C/C++ libraries even in a multi-threading scenario, based on the parallel task runtime support available since Julia 1.3. 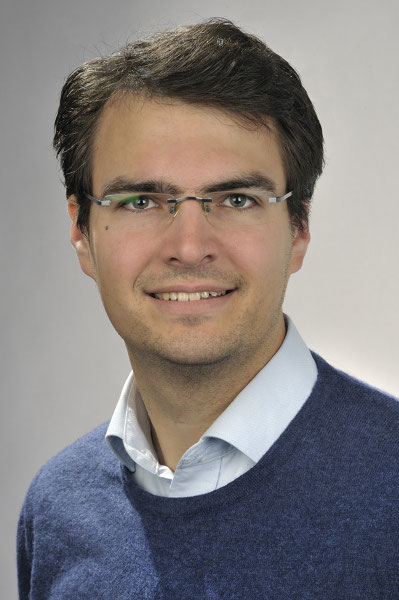 Tobias Knopp received his Diplom degree in computer science in 2007 and his PhD in 2010, both from the University of Lübeck with highest distinction. For his PhD on the tomographic imaging method Magnetic Particle Imaging (MPI) he was awarded with the Klee award from the DGBMT (VDE) in 2011. From 2010 until 2011 he led the MAPIT project at the University of Lübeck and published the first scientific book on MPI. In 2011 he joined Bruker Biospin to work on the first commercially available MPI system. From 2012 until 2014 he worked at Thorlabs in the field of Optical Coherence Tomography (OCT) as a software developer. Since 2014, Tobias Knopp is a professor for Biomedical Imaging at the University Medical Center Hamburg-Eppendorf and the Hamburg University of Technology in Hamburg, Germany. Beside his work as a researcher in the field of tomographic imaging method Tobias Knopp is an open-source developer and part of the Julia community since 2012.