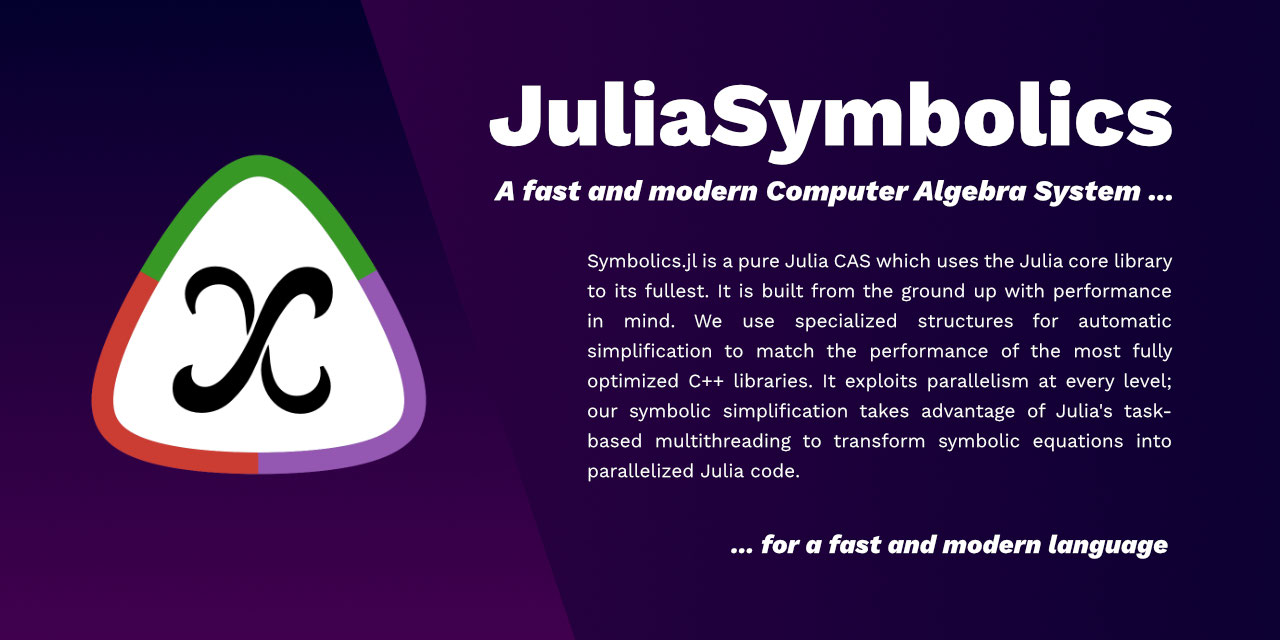 Symbolics.jl is a fast, yet flexible symbolic manipulation package. It can generate serial or multi-threaded Julia code; or even C, Stan or MATLAB code from symbolic expressions. This talk is an overview of the features and the organization of the Symbolics.jl package, and the design decisions that make it fast and extendable.

Symbolic systems either excel in flexibility or performance. For example, SymPy is highly flexible and has a good set of term rewriting functionality, but is slow. On the other hand, projects like OSCAR are specialized tools for computational algebra -- problems are hard to set up but computations are highly efficient. Further, neither of these types of tools actually help you turn symbolic expressions into executable code.

In this talk, we introduce the Symbolics.jl and the underlying SymbolicUtils.jl packages. We also talk about the term-rewriting system and ways to write passes that transform symbolic expressions with user-defined custom rules.

Shashi is a grad student at MIT. Yingbo is an undergrad at UMBC and works at Julia Computing. We like coding in Julia.