As programmers, we do debugging almost every day. What are the major options for debugging, what advantages and disadvantages do they have? We’ll start the talk by giving the audience an overview of the history of debugging and existing tools so they know how to pick from them.

Then, we’ll help the audience gain a deeper understanding of what debugging is really about, and talk about two pain points with existing solutions. We’ll introduce a novel approach to solve these pain points, with basic introduction to bytecode tracing so the audience can learn this useful technique.

Finally, we’ll look into the future and talk about why it’s important to be more innovative. We hope that by listening to this talk, the audience can be more open-minded thinking about debugging, and programming as a whole.

No specific knowledge required, but basic experience with debugging would be helpful.

Part 1: What debugging is really about?

Broadly speaking, a Python program can have four types of errors:

Among which, the third type of error is the most common, and also where programmers spent most of their time debugging. In this talk we focus on this type of error, aka "A Program can run, but gives wrong results".

I'll let the audience recall how they usually do debugging. It's not hard to spot that, no matter what approach we take, we're trying to answer one question:

What is the root cause of the wrong value?

This sounds straightforward, but it is vital that we realize it before going into the later sections.

Part 2: Retrospect the history of debugging

In the early days of programming, debugging meant dumping data of the system or output devices - literally printing, or displaying some flashy lights if there's an error. A very patient programmer then would go step-by-step through the code, reading it to see where the problem may be.

Then, in the 70s and 80s, the idea of "debugging software" came along, and people started to build command-line debuggers like gbx and GDB. Since then, despite new features like breakpoint, reverse debugging and graphical interface were added, the way people use debuggers stays pretty much the same: step through the program and look around.

Today, print, logging, and debugger remain to be the major ways for debugging, each with its advantages and drawbacks:

Yet, with all these options, debugging is still hard sometimes. We'll see why in the next section.

There are two pain points with existing debugging solutions:

Part 4: A novel approach to tackle the pain points

To reiterate, An ideal debugging tool should

For a moment, let's forget about the tools we use every day, just think about one question: who has the information we need for debugging?

The answer is: the Python interpreter.

So the question becomes, how do we pull relevant information out of the interpreter?

I will briefly introduce the sys.settrace API, and the opcode event introduced in Python 3.7, with the example of c = a + b to demonstrate using bytecode to trace the sources of a variable. In this case, the sources of c are a and b. With this power, reasoning the root cause of a wrong value becomes possible.

I will then introduce Cyberbrain, a debugger that takes advantage of the power of bytecode to solve the pain points with variable backtracing. What it means is that, besides viewing each variable's value at every step (which Cyberbrain also supports), users can "see" the sources of each variable change in a visualized way. In the previous example, Cyberbrain will tell you that it's a and b that caused c to change. It also traces the sources of a and b all the way up to the point where tracing begins.

I'll do a quick demo of using Cyberbrain to debug a program to show how it solves the two pain points. By the end of the demo, the audience will realize that traditional debugging tools do require a lot of manual effort which can be automated.

Bytecode tracing also has its problems, like it can make program slower and generate a huge amount of data for long running programs. But the important thing is that we realize the pain points, and don't stop looking for new possibilities, which brings the next topic.

Now is an interesting time.

On the one hand, existing tools are becoming calcified. Debug Adapter Protocol is gaining popularity, which defines the capabilities a debugger should provide. Tools that conform to DAP will never be able to provide capabilities beyond what the protocol specifies.

On the other hand, new tools are coming out in Python's debugging space, just to list a few:

These new tools share the same goal of reducing programmers' work in debugging, but beyond that, they are both trying to pitch the idea to people that the current "standard" way of debugging is not good enough, that more things can be achieved with less manual effort. The ideas behind are even more important than the tools themselves.

Why is this important? Dijkstra has some famous words:

Imagine a world where all these efforts don't exist, will the word "debugger" gradually change from "something that can help you debug" to "something that conforms to the Debug Adapter Protocol"? That is not impossible. We need to prevent it from becoming the truth, and preserve a possible future where programmers are debugging in an effortless and more efficient way. So what can we do?

And the easiest, yet hardest thing: keep an open mind. 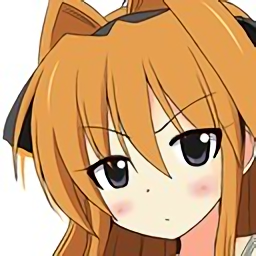