This talk will describe my experience of leaving academic research to become a Research Software Engineer (RSE). As an example of the kind of work RSEs do, I’ll describe a recent project that used Django, a REST API and a mobile app built with Ionic.

Research Software Engineering is a relatively new career path that is quickly spreading through UK universities. The goal is to improve the standard of software development in academia, a never-ending and sometimes thankless task!

Having moved into an RSE post just over a year ago, I’ll briefly describe the up-downs and roundabouts that this career choice has led me on. I’ll also present my favourite RSE project so far: building a Django web app, REST API and Ionic mobile app aimed at improving patient safety in hospitals. As well as discussing the technical aspects, I’ll also describe how a project like this works as an RSE and how that may differ from academia and industry.

Hopefully this talk will inspire others that taking a career sidestep can be the right decision, and that maybe an RSE is the path for them. 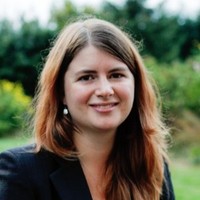 After spending many years studying and then working as a genetics researchers I recently left academia for a Research Software Engineering post at the University of Leicester. I'm a self-taught programmer with the now terrifying job title of 'python specialist'.