Robert Kaiser ("KaiRo") is a Mozilla Tech Speaker and OpenStreetMap contributor, working as a freelance Web/Linux expert in Vienna, lately with a lot of blockchain technology.
Roughly 20 years in the Mozilla community have given him a lot of insight into the Web’s technologies and history. In about 12 years of contributing to OSM, he's been also one of the core members of the local community in Vienna. He likes to try out alternative solutions that increase user freedom and privacy, and take a peek into new technology. On/under his desk, at least 5 devices with a Linux kernel run on a normal day and communicate with other Linux systems he’s administrating. KaiRo is a burning supporter of Mozilla’s Mission and Manifesto as well as Star Trek’s vision of a diverse society in a positive future. For taking a break from technology, he likes to go for singing karaoke and writing his own songs. 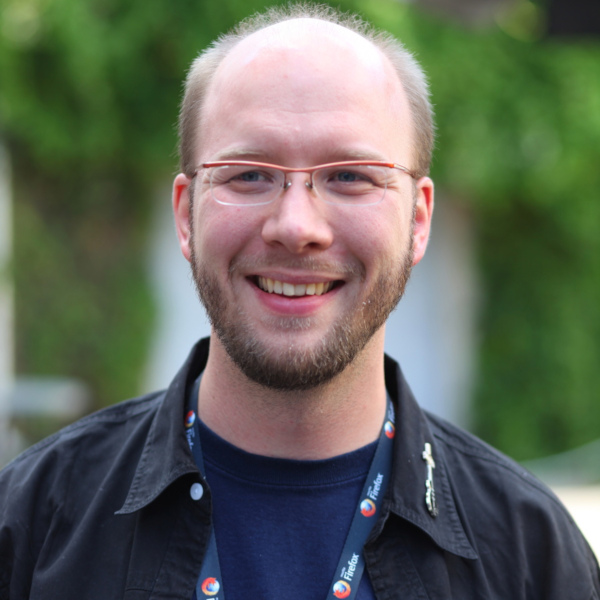 Can you actually walk through or fly over a 3D scene of live OSM data using a VR headset - and if so, can this be done in a way that easily transforms to a view on a normal computer (or mobile) screen?
The answers are "Yes" and "Yes", and this talk will show how this can be done with relatively simple code, and just inside a web browser!