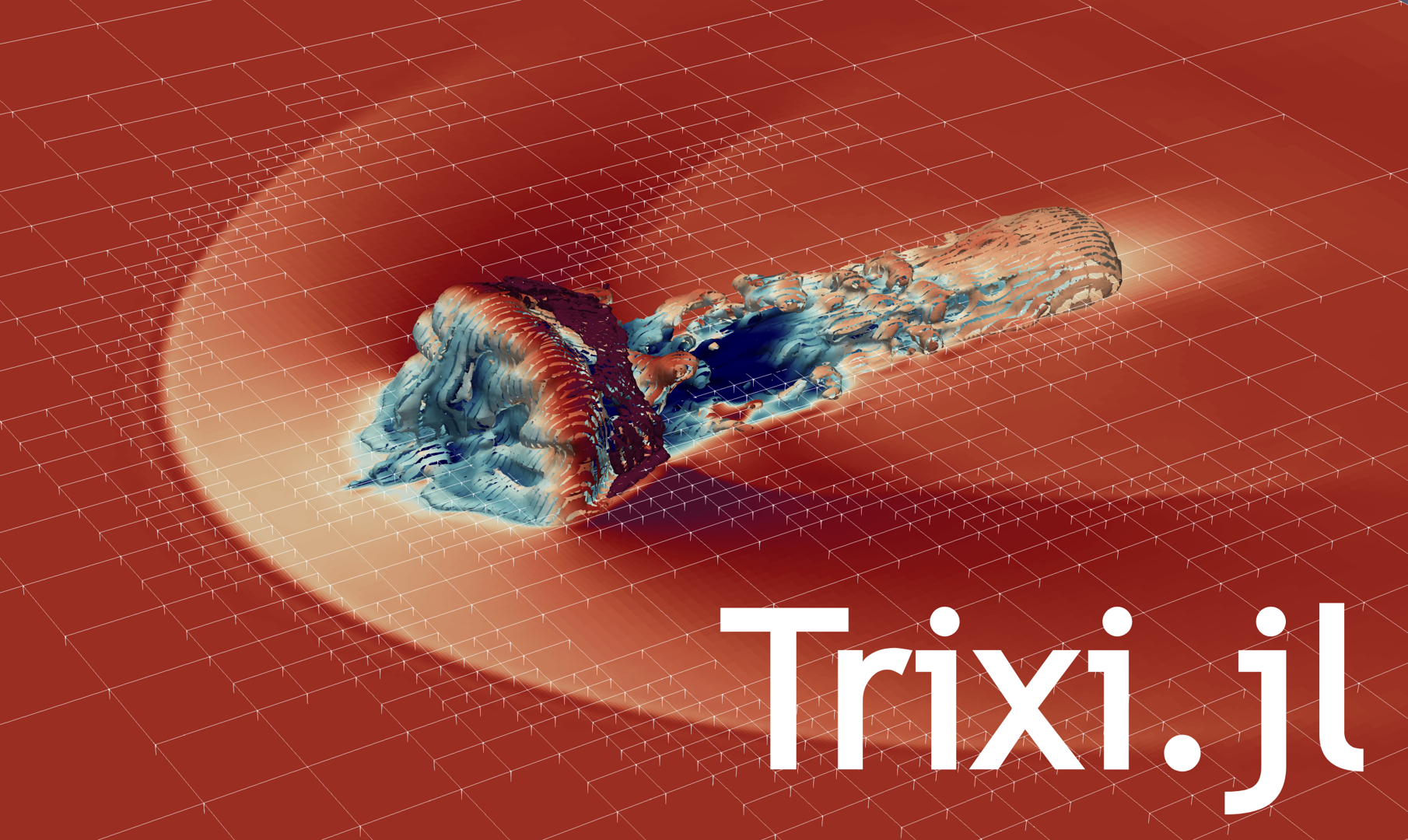 Trixi.jl is a numerical simulation framework for adaptive, high-order discretizations of conservation laws. It has a modular architecture that allows users to easily extend its functionality and was designed to be useful to experienced researchers and new users alike. In this talk, we will give an overview of Trixi’s current features, present a typical workflow for creating and running a simulation, and show how to add new capabilities for your own research projects.

When doing research on numerical discretization methods, scientists are often faced with a dilemma when choosing the appropriate simulation tool: In the beginning of a project, you often want a code that is nimble and with low overhead, which allows rapid prototyping to assist you in experimenting with different approaches. Later on, however, you want to evaluate your newly developed methods and algorithms in a production setting and require a high-performance implementation, support for parallelization, and a full toolchain for postprocessing and visualizing your results.

With Trixi.jl, we try to bridge this gap by using a simple but modular architecture, which allows us to easily extend Trixi beyond the existing functionality. The main components, such as the mesh, the solvers, or the equations, can each be selected and combined individually in a library-like manner. At the same time, Trixi is a comprehensive numerical simulation framework for hyperbolic PDEs and comes with all necessary ingredients to set up a simulation, run it in parallel, and visualize the results.

At its core, various systems of equations are solved on hierarchical quadtree/octree grids that provide adaptive mesh refinement via solution-based indicators. The equations, e.g., compressible Euler, ideal MHD, or hyperbolic diffusion, are discretized with high-order discontinuous Galerkin spectral element methods, with support for entropy-stable shock capturing. Trixi puts an emphasis on having a fast implementation with shared memory parallelization, and integrates well with other packages of the Julia ecosystem, such as OrdinaryDiffEq.jl for time integration, ForwardDiff.jl for automatic differentiation, or Plots.jl for visualization. One of the key goals of Trixi is to be useful to experienced researchers while remaining accessible for new users or students. Thus, we continuously strive to keep the implementation as simple as reasonably possible.

Due to Julia’s unique capabilities and ecosystem including LoopVectorization.jl, serial performance of Trixi can be on par with large-scale C++ and Fortran projects in performance benchmarks using a subset of optimized methods. At the same time, the general framework is simple and extendable enough to allow porting new solver infrastructures within a few hours.

In this talk, we will give an overview of the currently implemented features and discuss the overall architecture of Trixi. We will show a typical workflow for creating and running a simulation, and present scientific results that were obtained with Trixi. Finally, we will demonstrate how to add new capabilities to Trixi for your own research projects.

The Jupyter notebook used for the live demonstration of Trixi.jl during the talk, as well as the presentation slides, can be found at https://github.com/trixi-framework/talk-2021-juliacon.

I am a postdoctoral fellow and research software engineer at the Numerical Simulation Research Group of the University of Cologne, Germany. My research focus is on numerical methods for adaptive multi-physics simulations, high-order schemes, and high-performance computing. 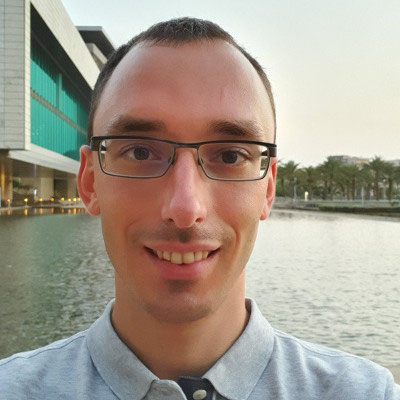 I am a Postdoctoral Fellow in the Cluster of Excellence at the University of Münster, Germany. My research is focused on the analysis and development of numerical methods for partial and ordinary differential equations. In particular, I am interested in the stability of these schemes as well as mimetic and structure-preserving techniques, allowing the transfer of results from the continuous level to the discrete one.