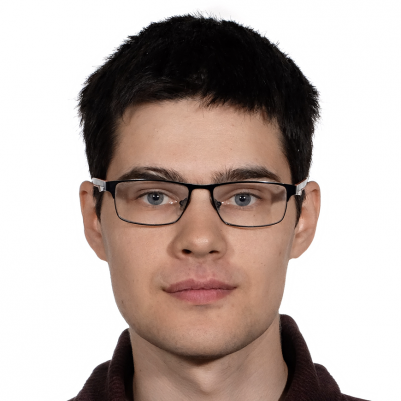 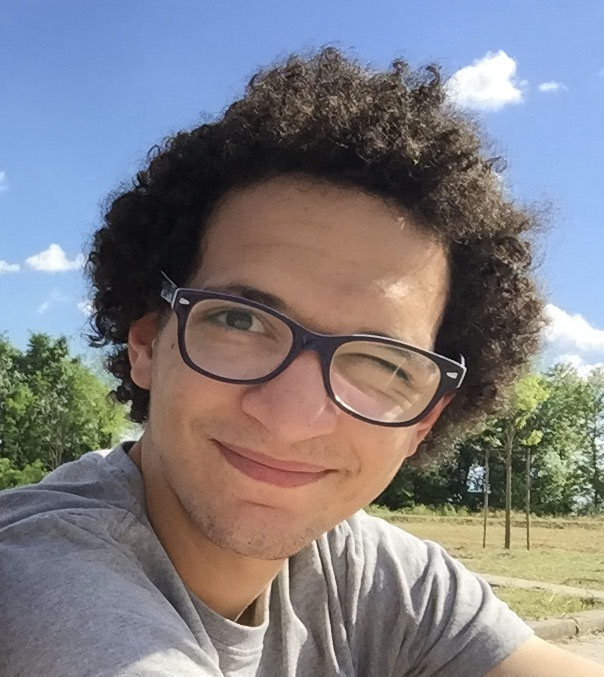 Worked with python for the last 7 years, from task automation to computer vision and IoT, ending in backend development.

Now I work @ Convious as a senior backend developer.
Maintainer of django-redis.

I like simple things, that's maybe why I code in python. 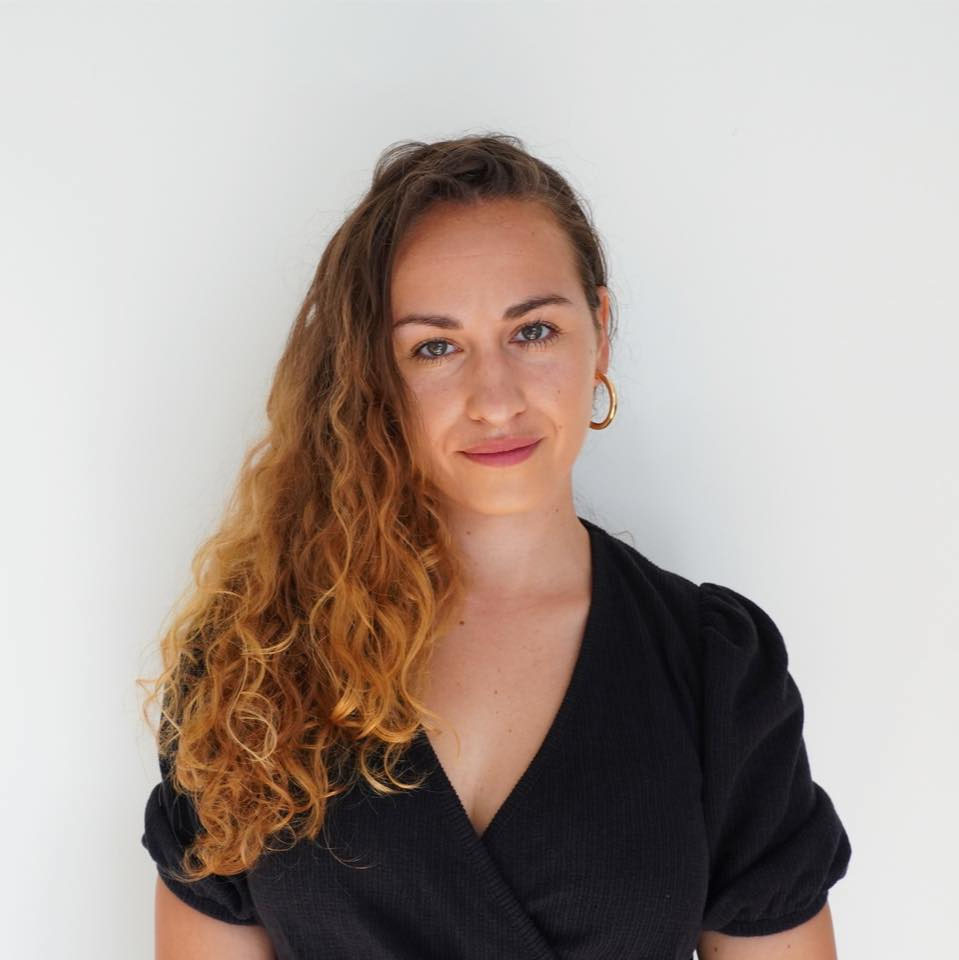 Andrea is a Senior Data Scientist at Devoteam, where she works on different data engineering and data science cloud-based projects. Previously, Andrea was working as Machine Learning Software Engineer at Qlik. During that time, she was a major contributor to the development of algorithms for ML-based augmented analytics in the Advanced Analytics team, delivering the very first Machine Learning capabilities in Qlik's cloud-based platform including their K-Means algorithms and Mutual Information function.

Andrea's passion for music and photography led her to pursue a career in Audio-Visual Engineering with a focus on Computer Vision technologies. Her first work as Data Scientist had a focus on Visual/Acoustic Emotion Recognition systems. With her different experiences and diverse background, she enjoys using her creativity to improve data-driven solutions with the latest technologies.

Aside from her work, she spends time creating Data Science content in multiple social media platforms for all levels of interest. 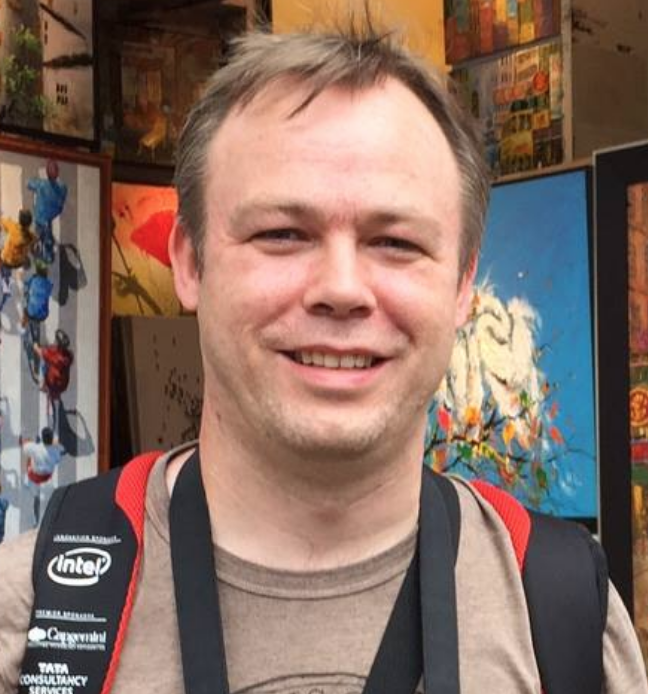 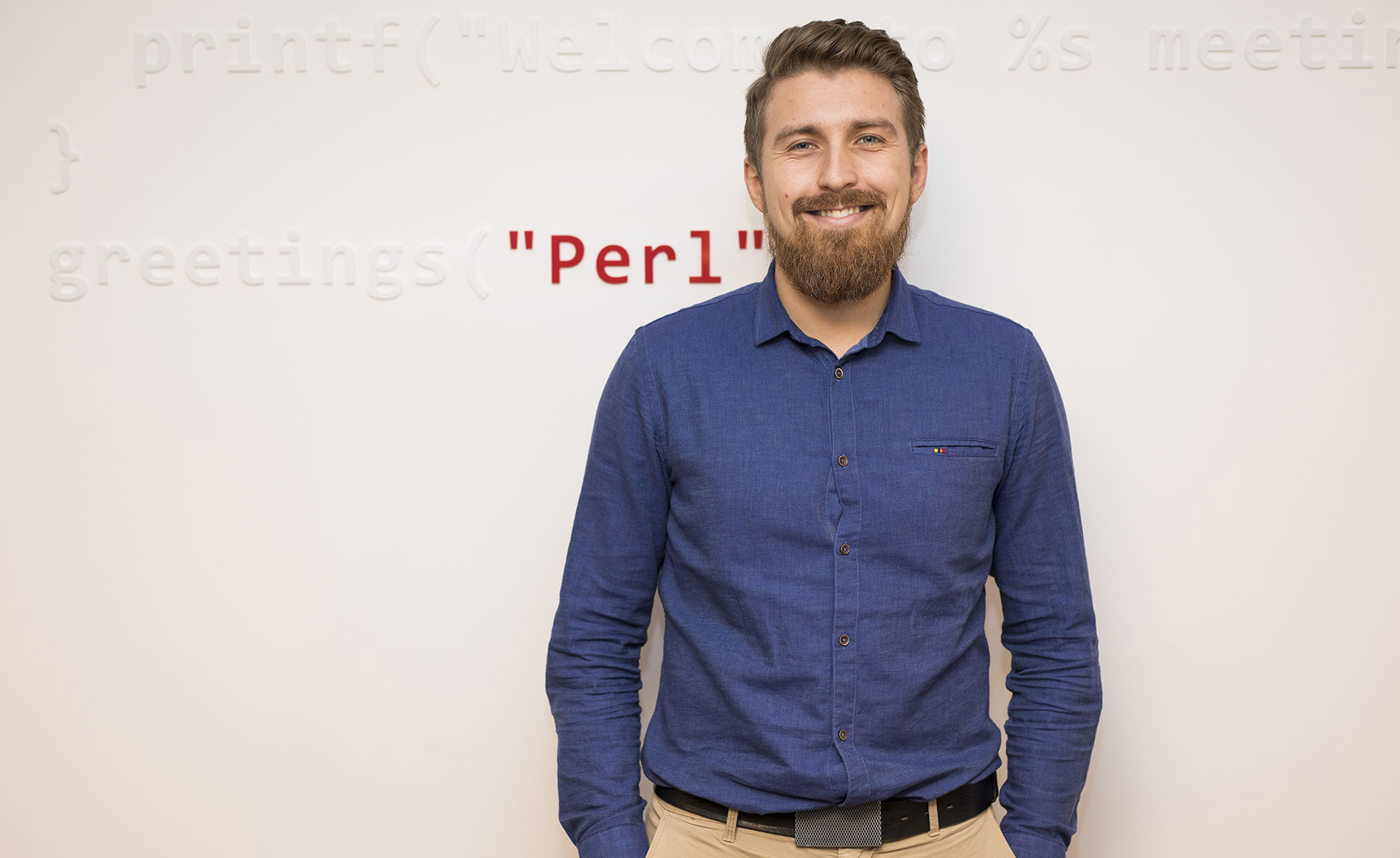 Lead developer in the international team, working with big data projects. He’s also a great mentor to his peers and always happy to lend a hand to his colleagues. Leading a team in this project was quite a journey and he’s looking forward to helping future developers find their inspiration. 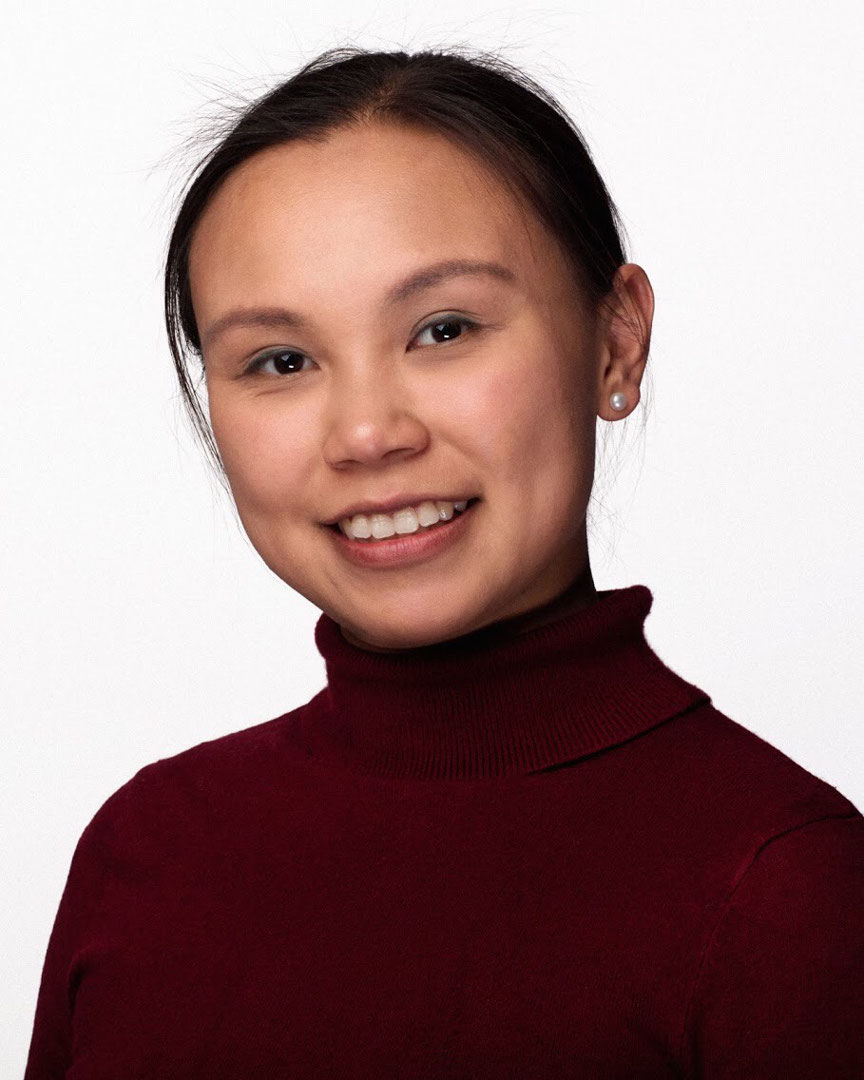 Before working in Developer Relations, Cheuk has been a Data Scientist in various companies which demands high numerical and programmatical skills, especially in Python. To follow her passion for the tech community, now Cheuk is the Developer Relations Lead at TerminusDB - an open-source graph database. Cheuk maintains its Python client and engages with its user community daily.

Besides her work, Cheuk enjoys talking about Python on personal streaming platforms and podcasts. Cheuk has also been a speaker at Universities and various conferences. Besides speaking at conferences, Cheuk also organises events for developers. Conferences that Cheuk has organized include EuroPython (which she is a board member of), PyData Global and Pyjamas Conf. Believing in Tech Diversity and Inclusion, Cheuk constantly organizes workshops and mentored sprints for minority groups. In 2021, Cheuk has become a Python Software Foundation fellow. 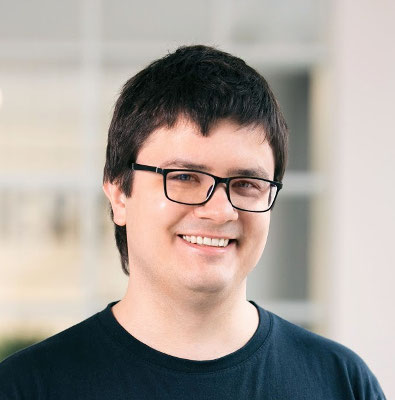 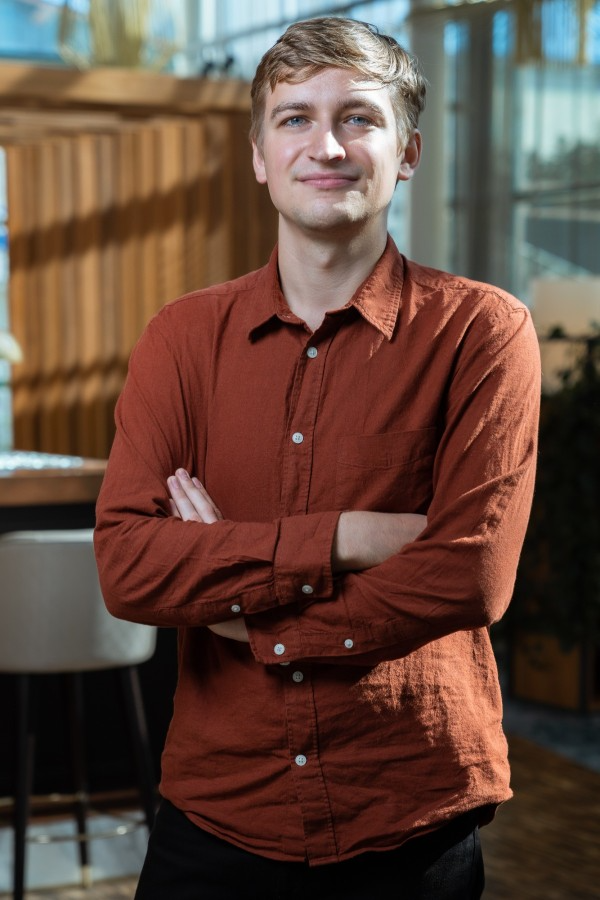 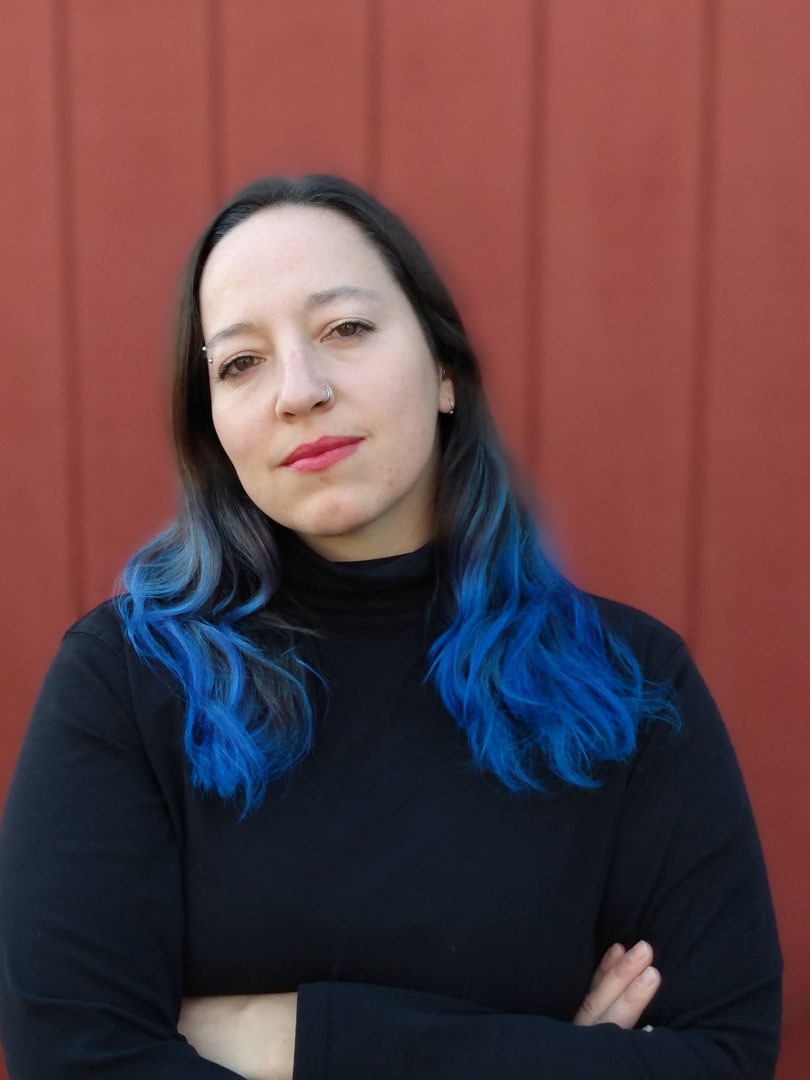 Inga Popovaitė is a researcher at Kaunas University of Technology. She has a PhD in Sociology and a graduate certificate in Informatics from the University of Iowa. She uses computational social science methods, among others, to investigate group behavior in isolated, confined, and extreme environments. Her recent work has been published by Journal of Human Behavior in Extreme Environments and Acta Astronautica.

Long-time pythonista, Django fan, co-maintainer and co-author of DRF-Schema-Adapter and other OSS libraries.
Interested in both backend and frontend.

I am from Belgium and have been involved in open-source at different levels for over a 15 years.

One of the things I enjoy the most is sharing knowledge with others. And this is why I enjoy writing tutorials as well as giving talks and workshops. 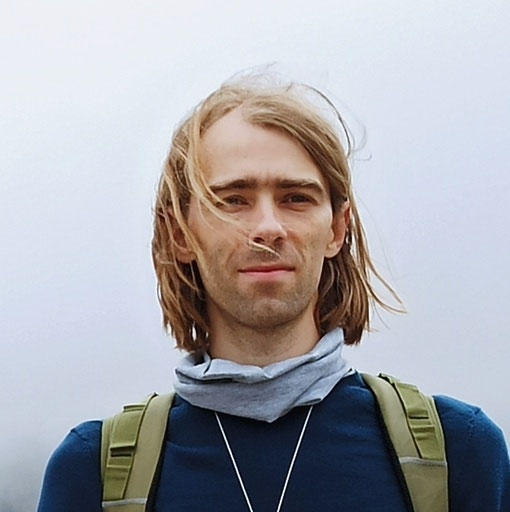 I'm a software developer who loves learning and teaching. 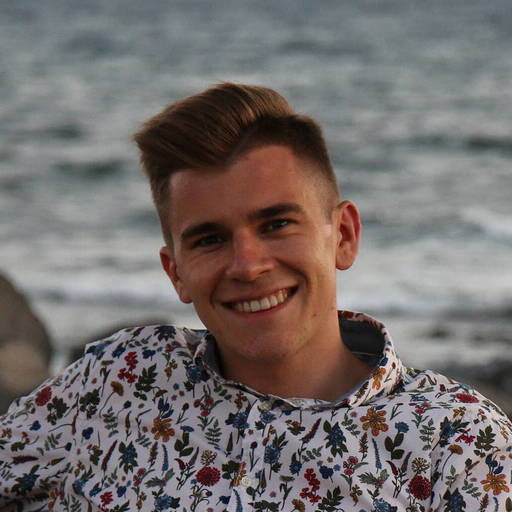 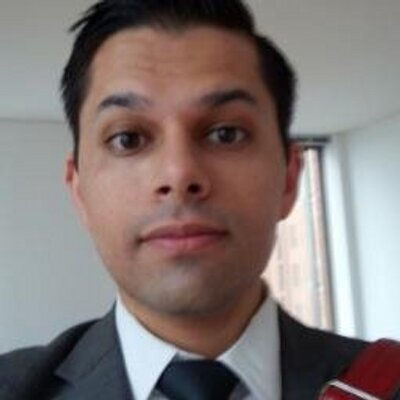 Founder, Don't Use This Code
Board Chair @NumFOCUS 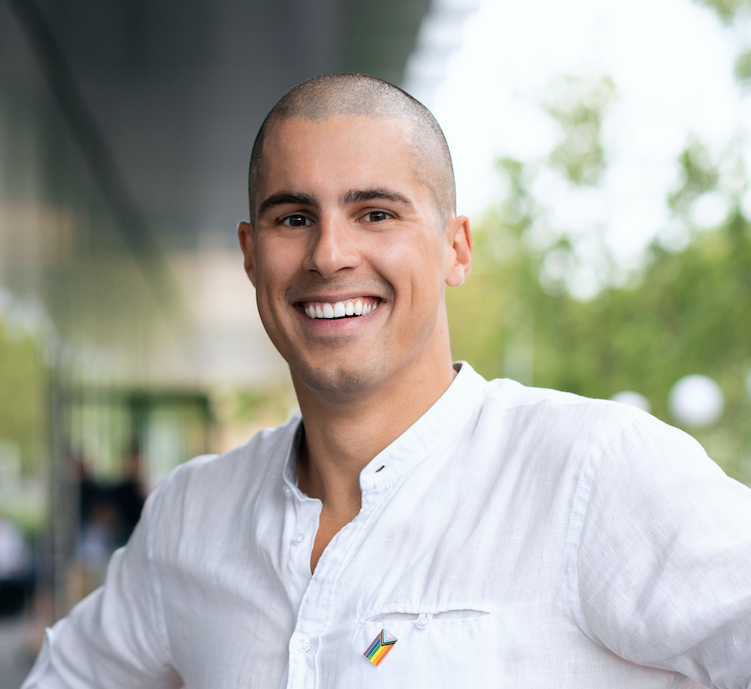 I am a mathy salesman co-creating experimentation culture at Vinted. I try to be useful and curious, read widely and try new things. My aim is to be useful not just as a science-entrepreneur and a citizen, but also as a mentor or mentee. 🥳 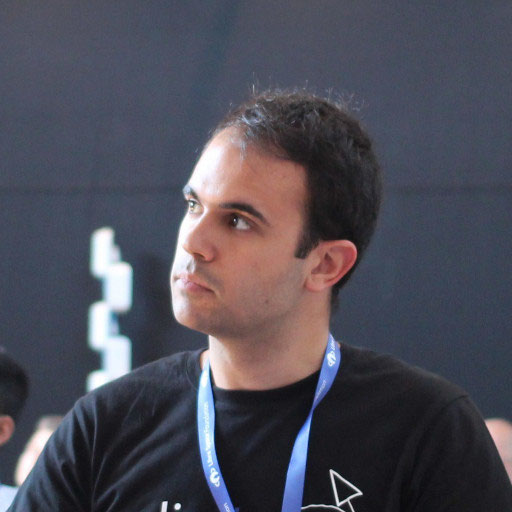 Juan Luis (he/him/él) is an Aerospace Engineer with a passion for STEM, programming, outreach, and sustainability. He works as Data Scientist Advocate at Orchest, where he empowers data scientists by building an open-source, scalable, easy-to-use workflow orchestrator. He has worked as Developer Advocate at Read the Docs, previously as software engineer in the space, consulting, and banking industries, and as a Python trainer for several private and public entities.

Apart from being a long-time user and contributor to many projects in the scientific Python stack (NumPy, SciPy, Astropy) he has published several open-source packages, the most important one being poliastro, an open-source Python library for Orbital Mechanics used in academia and industry.

Finally, Juan Luis is the founder and former chair of the Python España association, the point of contact for the Spanish Python community, former organizer of PyCon Spain, which attracted more than 800 attendees in its last in-person edition in 2019, and current organizer of the PyData Madrid monthly meetups. 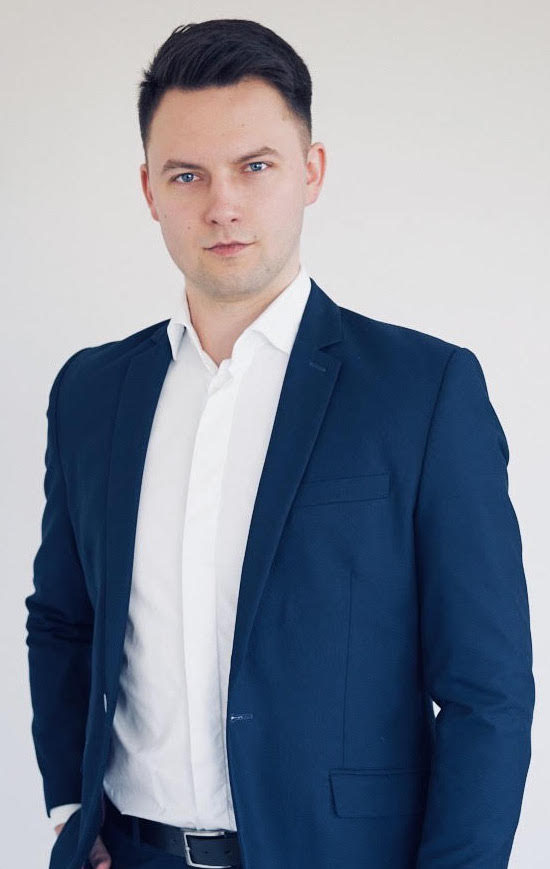 Bachelor's degree in IT and Master's degree in Information and IT Security.
Senior software developer and team lead of 14 Python tamers in Corner Case Technologies.
Python evangelist and AWS certified architect.
I still have a toy snake on my work table 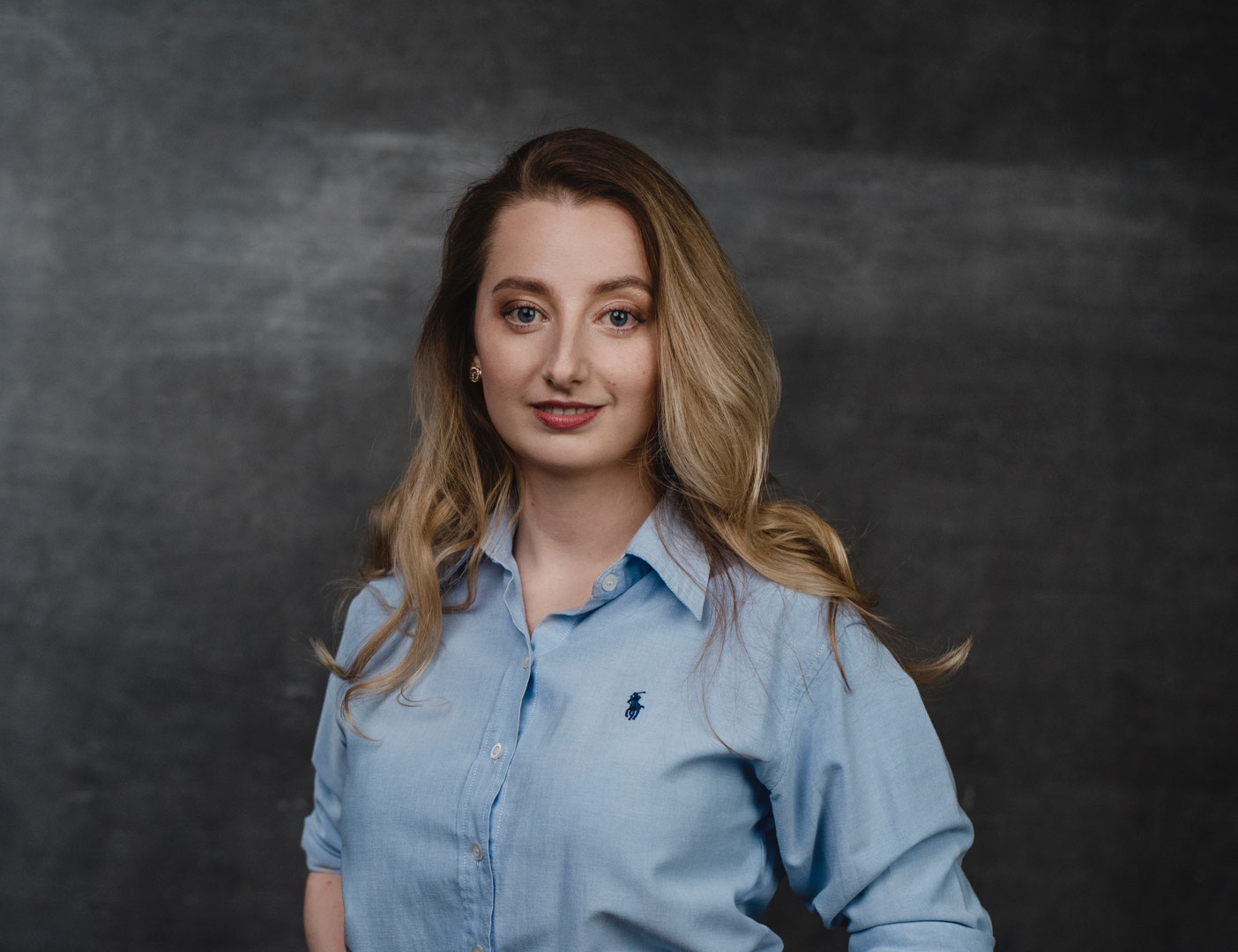 I started my career as a data scientist 7 years ago. Organisation I was working in was making first steps towards data science and I was one of a few ones to make those steps. I spent more than 3 years leading data science team and mentoring people who wanted to become data scientists. Currently I am working as a Head of Data at SME Bank.

I like everything from hairy backends to cognitive neuroscience. Been part of this weird world of professional software engineering for a while.

I remember an interesting defining moment in 2013 in Munich where working as a GSoC intern at Tor, I overheard a conversation where a person from Syria was sharing how they rely on certain software to make sure they're not persecuted by their government which actively oppresses activists. They were like, "yeah and you could improve usability in this place, that would be great, but otherwise yeah, appreciate being alive, you know."

Tech-wise, I like both low-level security-focused engineering as well as HoTT. I guess I can thank my background in Computer Science and Philosophy for my pretentious eclectic tastes. To paraphrase my personal hero Moxie Marlinspike, I'm both fascinated and scared by technology and what it can do.

I currently lead software architecture at ZealiD where, originally, I work as a Software Architect. 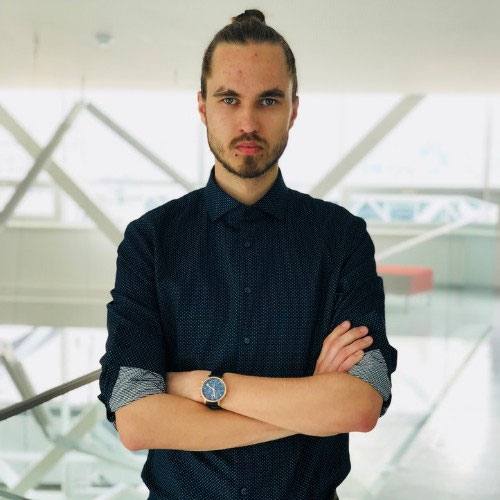 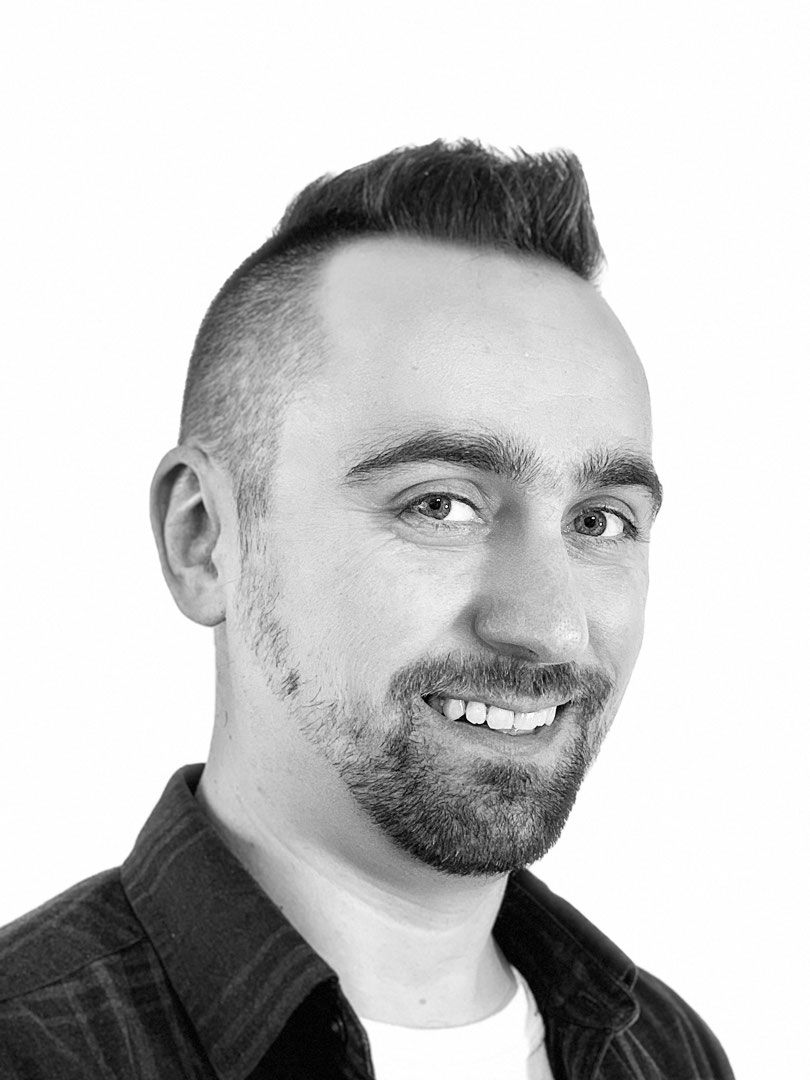 Łukasz is equally interested in music and software engineering, as a classically-trained pianist and a long-time contributor to the Python programming language. He works as the CPython Developer in Residence, and serves as the Release Manager for Python 3.8 and 3.9. He created the popular code auto-formatter Black.

Apart from Python, Łukasz builds software for musical instruments and makes music as RPLKTR. Ex-Facebook. Currently based in Poznań. 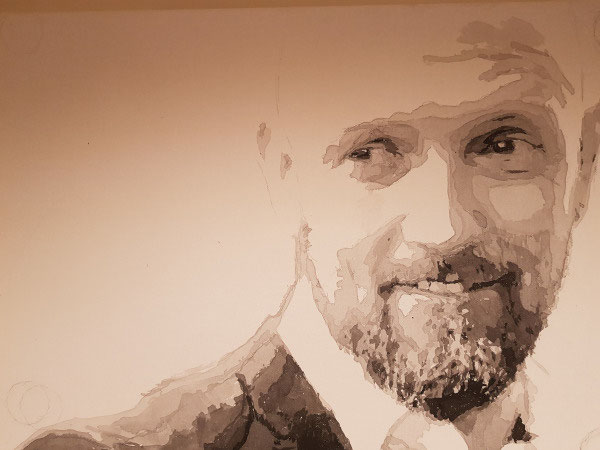 I started coding with ZX-Spectrum, and ever since I see the world from the eyes of a programmer. Despite years in business and leadership, I passionately enjoy being in the zone with C++, Java, Typescript and good object-oriented design. 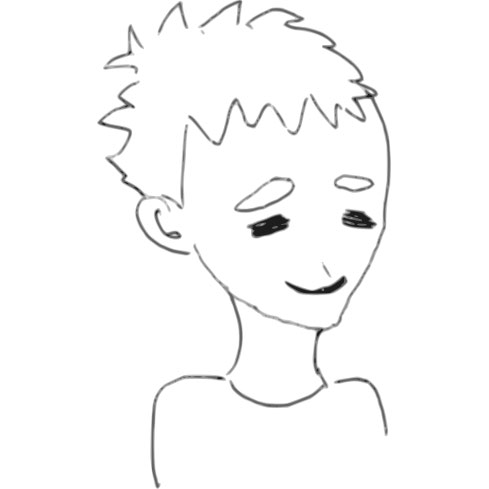 Matthias is a former research mathematician turned software engineer, with about a decade of Python experience. He is passionate about FOSS, and takes a particular interest in digital signature technology. His day job is in the digital documents industry, where he contributes very actively to the development of international standards related to PDF. 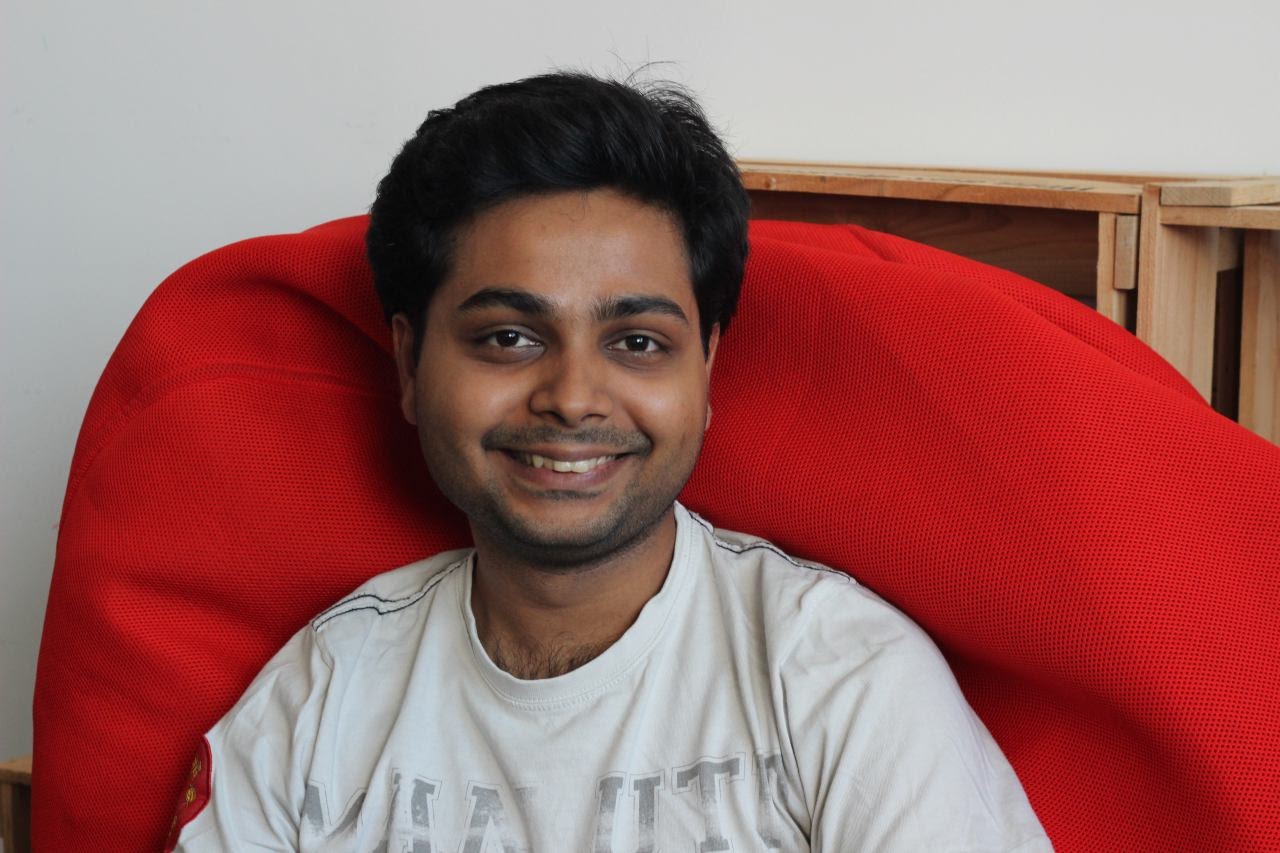 Nithish Raghunandanan is a Developer Advocate at Couchbase who loves to build products that solve real-world problems in short spans of time. He has experienced different areas of the industry having worked in diverse companies in Germany and India. Apart from work, he likes to travel and interact and engage with the tech community through Meetups & Hackathons. In his free time, he likes to try stuff out by hacking things together.

During school years I participated in mathematics and programming contests with good results.
Then worked as a programmer for 3 years in a blockchain startup (not scam).
Moved to Vilnius and did intensive spiritual practice (Falun Dafa) for one year.
Have been working as a programmer for 1.5 years at ZealiD.
Now I believe technology is harming humans and we should all stop programming. 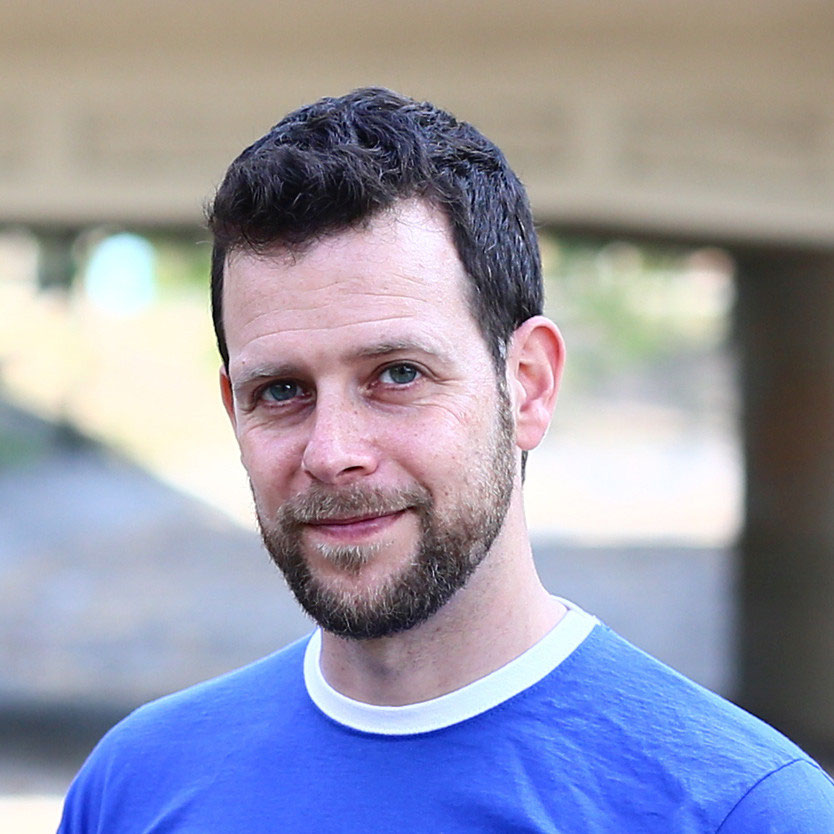 Peter is the CEO & Co-Founder of Vizzu.

His primary focus is understanding how Vizzu's innovative approach to data visualization can be put to good use. Listening to people complaining about their current hurdles with building charts and presenting them is his main obsession, next to figuring out how to help data professionals utilize the power of animation in dataviz.

Peter has been involved with digital product development for over 15 years. Earlier products/projects he worked on cover mobile app testing, online analytics, data visualization, decision support, e-learning, educational administration & social. Still, building a selfie teleport just for fun is what he likes to boast about when asked about previous experiences. 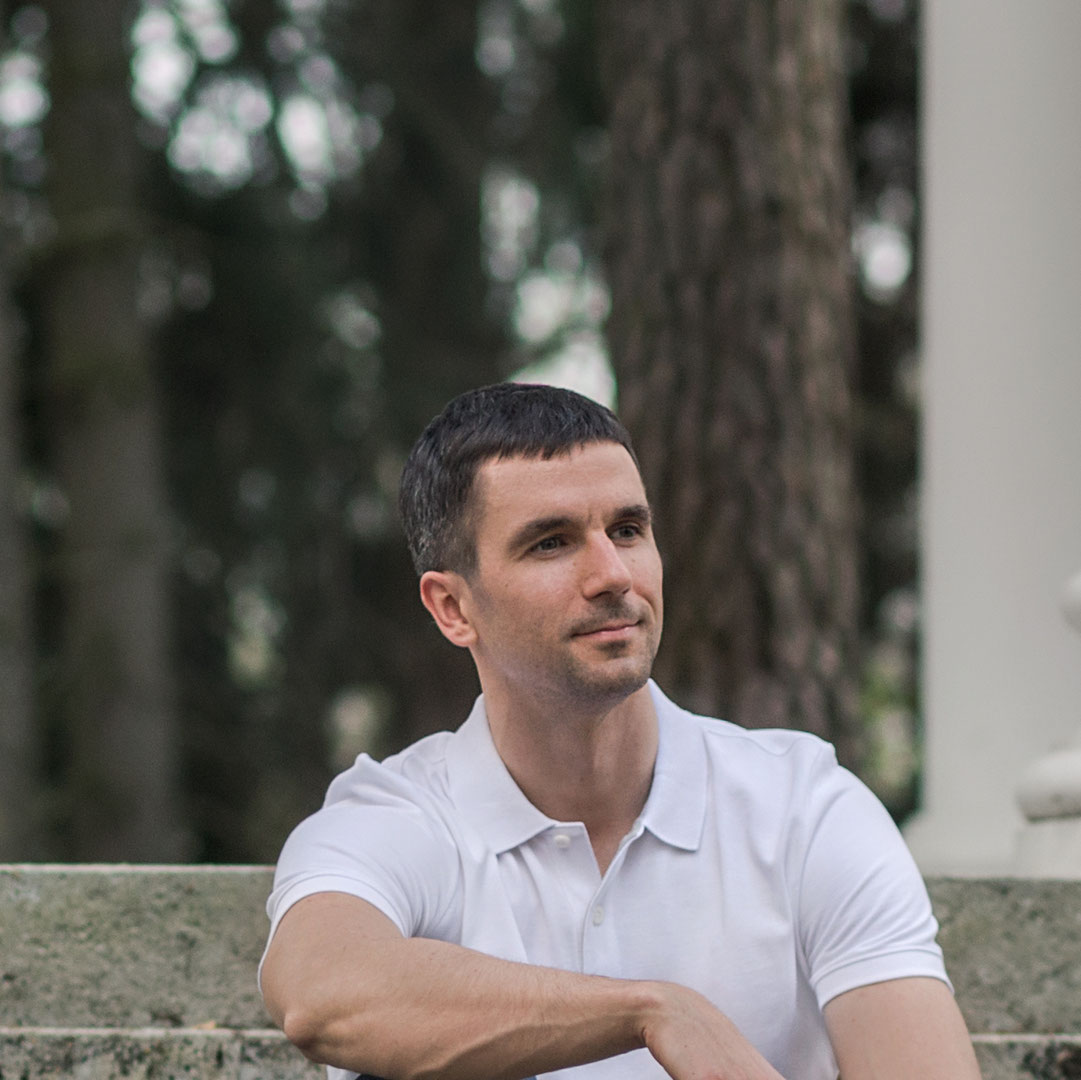 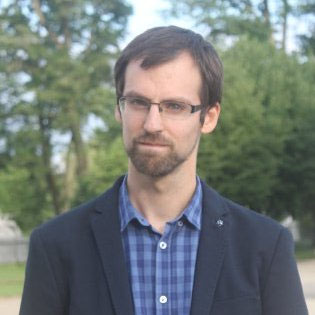 I am working as a freelance consultant MLOps engineer at Deloitte. I have worked 6+ years in banking world, after having completed my PhD in Astrophysics. I am very interested in machine learning and cloud technologies such as the ones developed at Databricks (usually on Azure and AWS), and enjoy experimenting new things. Outside of work, I love doing some stargazing out there in the cold weather of Lithuania :) 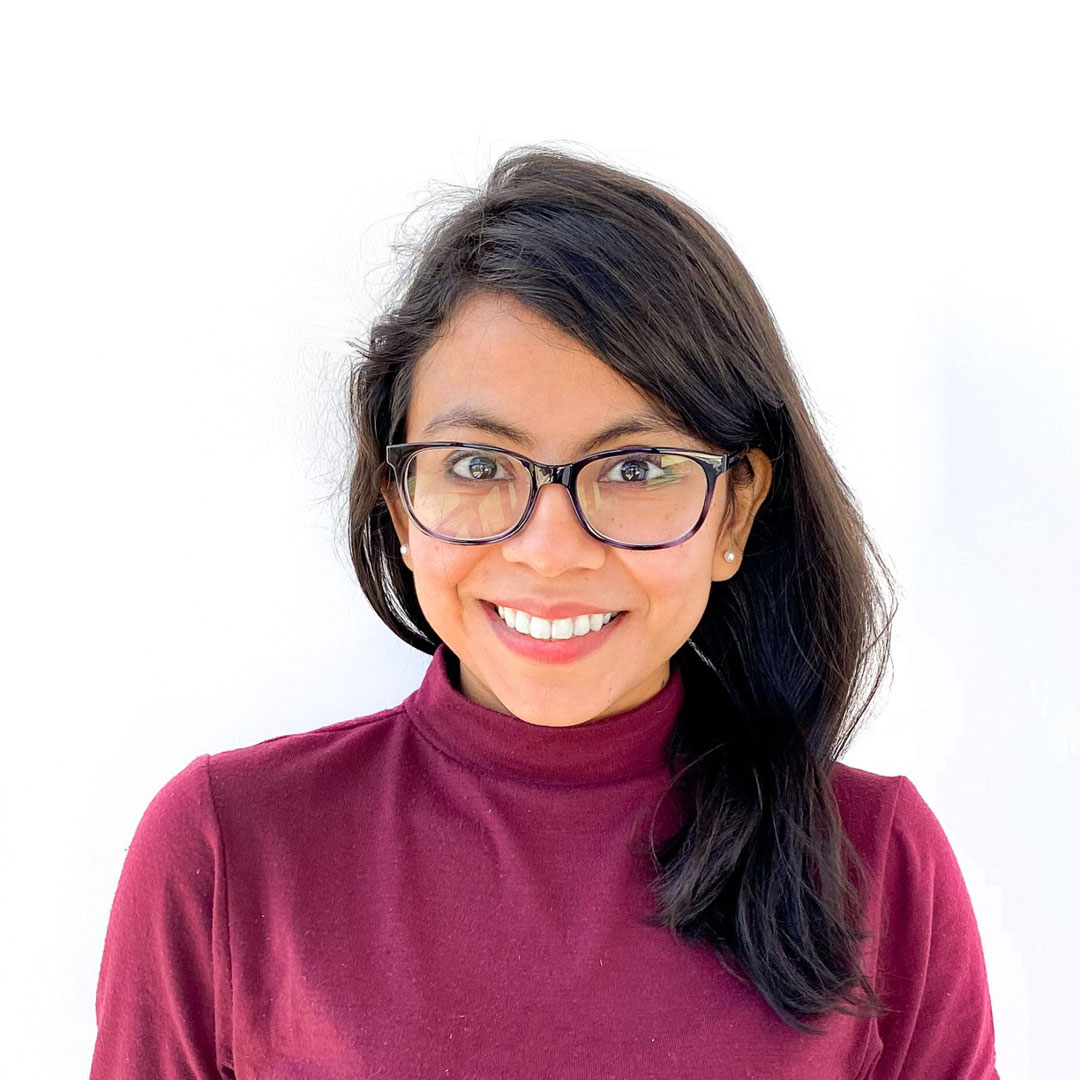 Sara is Business Intelligence analyst at NHS and a machine learning enthusiast. She is active in the Python community and efforts in empowering women in tech by leading and organizing events focused on increasing the visibility of women in stem careers. 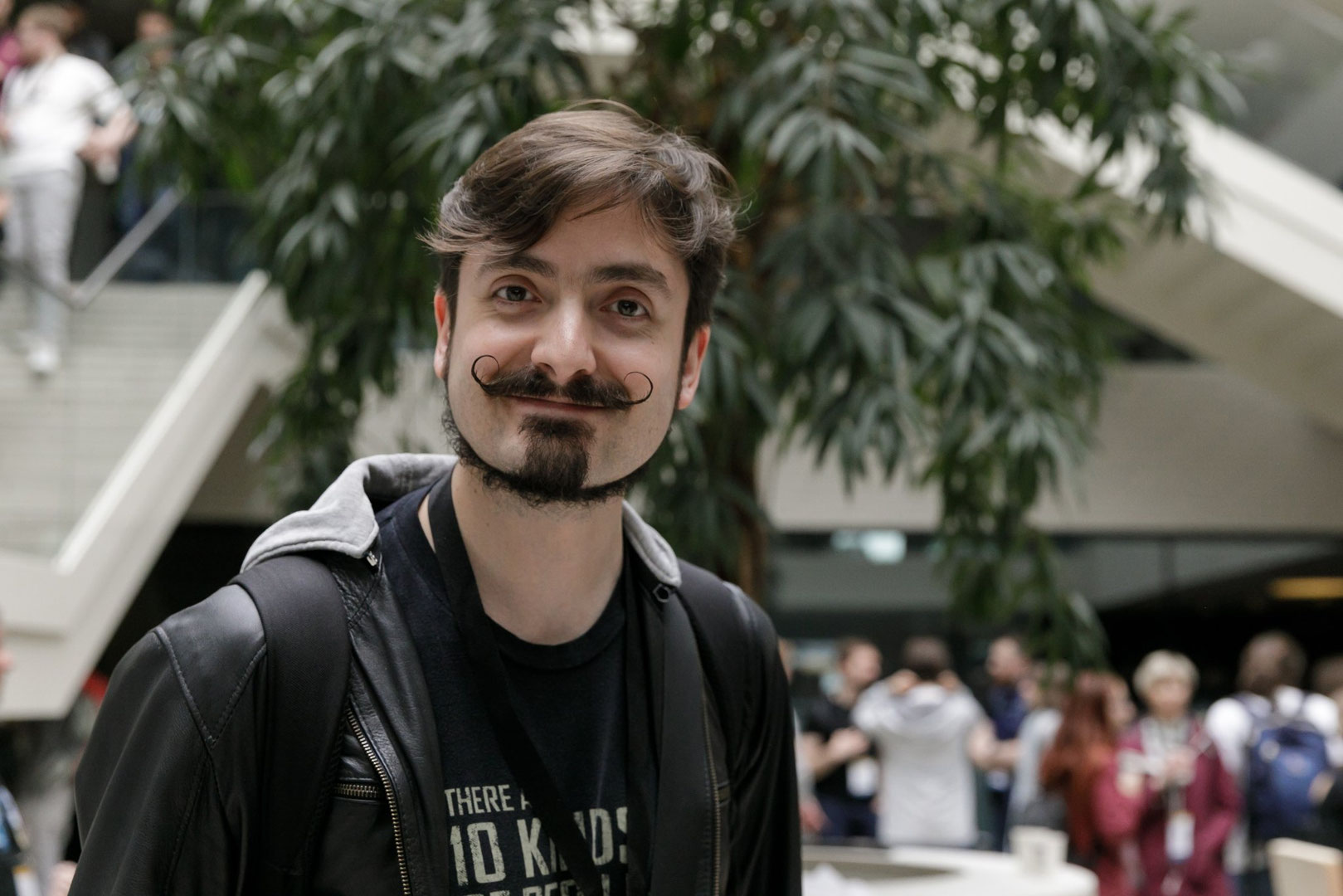 I'm currently a Staff Software Engineer at Forethought while also helping other companies as an external consultant. 🤓 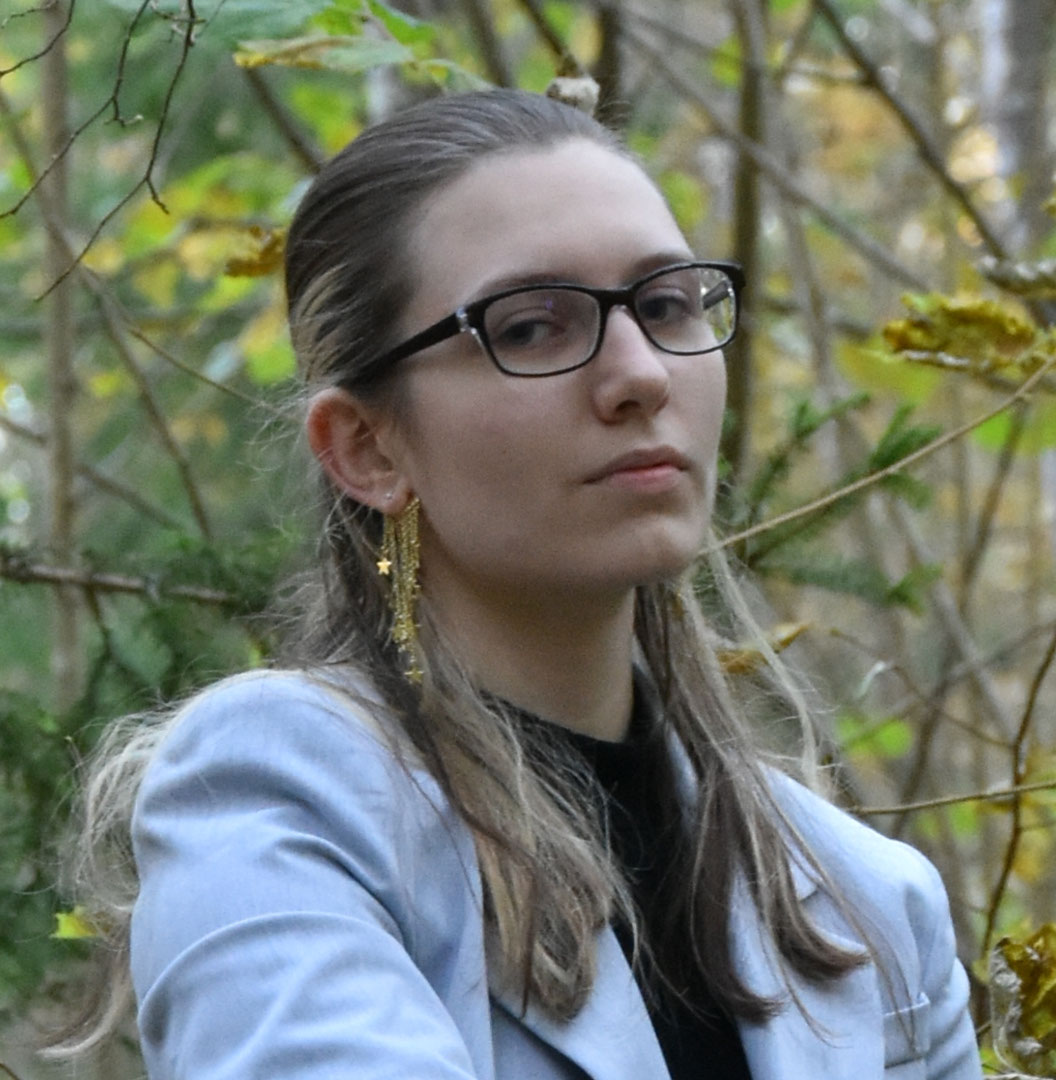 Ugne Ubartaite, 17y.o., is currently a student in the Vilnius lyceum IB program and a hobbyist programmer, who was introduced to Python through Angis.lrt.lt.